Kids growing up nowadays don’t get outside enough.  We hear this regularly, from educators, from healthcare providers, from the media.  One of my oldest friends and riding partners had a son a few years ago and I knew that  this little boy was not going to be one of those kids who never goes outside.  I listened to stories as the years passed, about his first time skiing, his first pedal strokes on a bicycle, his love of fresh foods…  It seemed natural that he would start racing bicycles soon after he learned how to ride one.  Eventually he got more serious, stronger, faster, and then informed his father that he needed a bike with drop handlebars.  His parents and I decided it was time for him to get his first real racing bicycle.  I set to work building the smallest bicycle I have ever built.

I found a source for 24 x 1 3/8″ tires and rims, donated a pair of hubs, and built the wheels.  This needed to happen first because I had only a rough idea what actual diameter they would be- they just aren’t something one sees everyday!  With the finished wheels and an inseam measurement, I was able to do a frame drawing.  The idea was to make the bike as big as possible so that Henrik can ride if for more than one season.  He’s growing very quickly and it would be a real shame if it was too small six months after he got it.  All the frame materials were things I had laying around the shop.  A Reynolds 531 down tube and seat tube, an unknown top tube which may have even been removed from a larger frame at some point, fork blades I had mistakenly cut too short for another project, etc.  I figured once all the conceptual problems of making a bike so much smaller than usual were solved, the construction would progress rapidly.  Then I tried to set up my frame jig.  Sure enough, it wouldn’t adjust that small!  I scratched my head for awhile and devised a way to hold all the tubes where they needed to go. 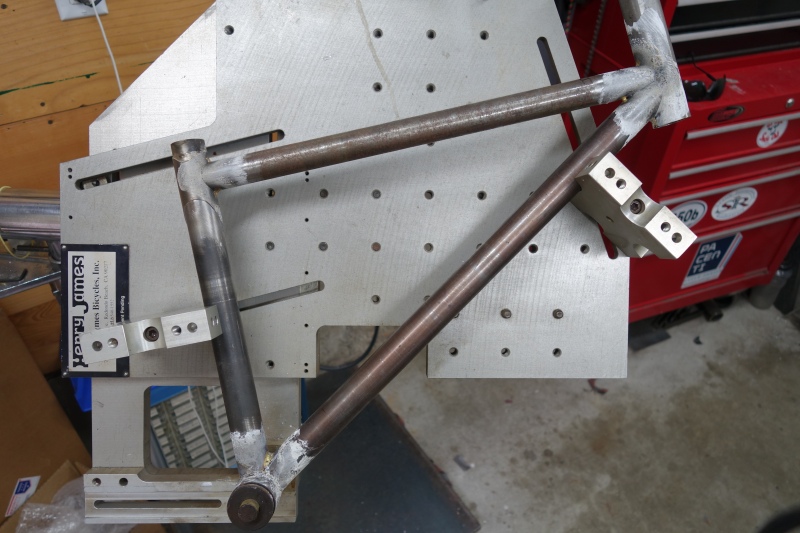 With a 700c wheel in the background for scale. 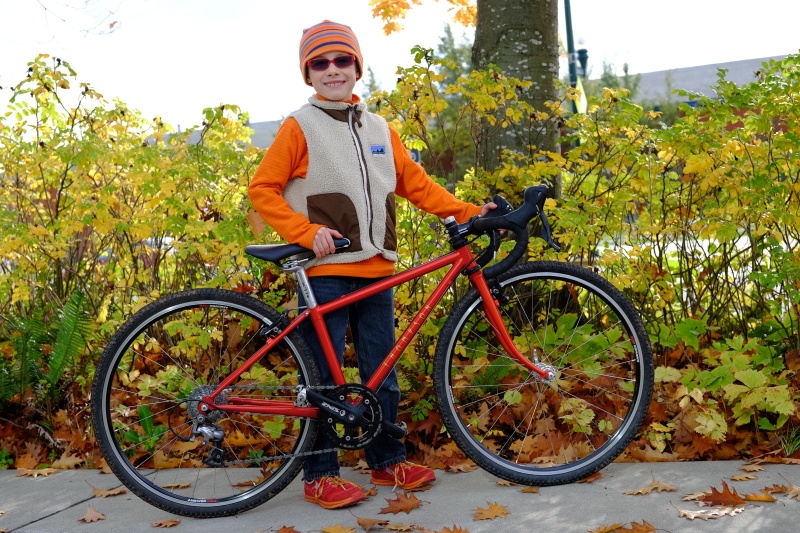 Henrik has raced it several times.  Now that cyclocross season is over, the knobbies will be switched out for road tires.

This entry was posted on December 27, 2014 by Thompson Custom Bicycles. It was filed under Uncategorized .